You are gone now, to join the ancestors. Be well, my father in letters. You know, I came across a guy recently, by the name of Billy Collins. This poem he wrote, it made me think of you.

The Weekly Sneak: All Your Bases Is Mine!

Pointless anecdote time: every so often I like to declare my feminist leanings in a roomful of African guys, just for fun. There are three general reactions. There are those who immediately get a hard look in their eyes that they try to mask with hollow laughter. That's where the tough questions are going to come from. There are those who look at me with puzzlement, as though I had just announced that I am a chair and I am about to sprout wings and fly. There is no room for this nonsense in their world. The third group is fun. They are the ones who get a gleam of interest in their eye. It often signals the beginning of a beautiful friendship. End of pointless anecdote.

Folks are right to be a bit wary of those of us flying the feminist flag. Some of us really are trying to take over the world. Gently.

"Right around the time of International Women’s Day, a question popped up on the world’s most popular microblogging platform: “What if women ran the world?” I wasn’t aware that we don’t, but I appreciate the intent of taking us out of the shadows to which we have been relegated. I am not averse to the idea of trying on a little matriarchy as a transitional phase towards a gender equitable world. By matriarchy I don’t mean replacing men with women and keeping the system intact. That would just be patriarchy in high heels, and we already have enough of that going on."

Soon day come, we shall pwn you all! Mwahahahahahahahahaaaa!
Posted by Elsie Eyakuze- at 4:55 PM 1 comment:

Oh, I made plans. In keeping with the TMR Refocusing and Revitalization Strategy, Women's month this year was going to see lots of content coming up on the blog, kicking off with International Women's Day on the 8th and marching on from there with great determination.

There is nothing quite like tempting the Universe to laugh at your paltry efforts to rationalize life. Fickle thing. I had more time than I knew what to do with for months, so of course March turned out to be so busy I can barely breathe for fear of missing work deadlines.

Hence. The feminist content has been shifted to other outlets, primarily The East African, and Ms.Afropolitan, and if all goes well there might be an article coming up on South African newspaper blog near you. Soon soon.

How To: Hold Your Government Accountable. 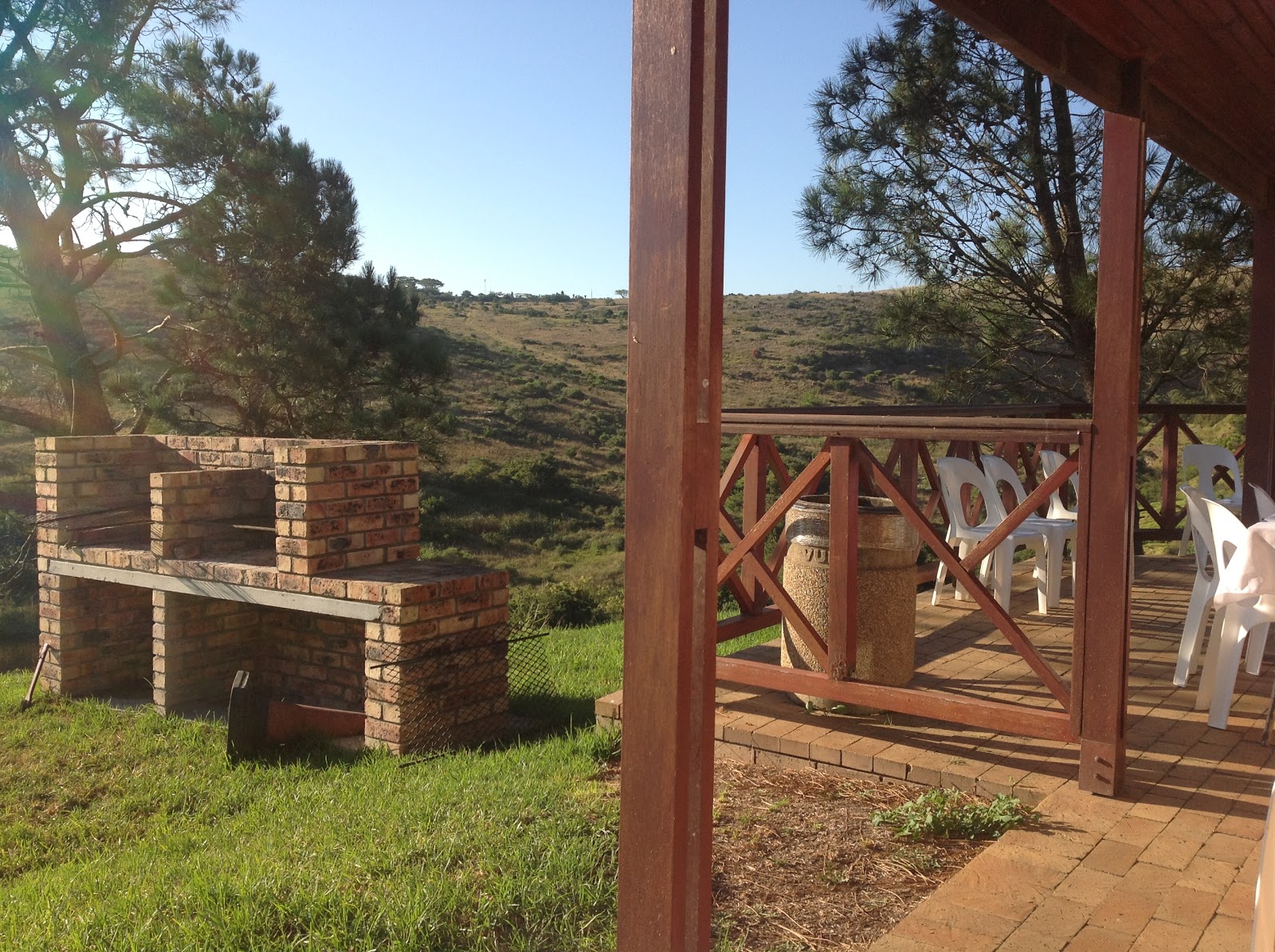 The electric blue skies of the Eastern Cape in March.

I am having nearly illegal amounts of fun in South Africa this month. My fellow coursemates include local government officers, professional politicians, NGO folk, fellow media peeps and the cherry on the class cake: a poet. Dreadlocks included.

We are spending two weeks trying not to kill each other as we learn the ins and outs of social accountability. I have been to my fair share of trainings geared for civil society, delivered some myself.  So of course I started out with a reasonable amount of healthy skepticism. What I found, to my delight, is a rather beautiful system of investigation, tools included. It is broad but adaptable to fit specific situations, internally coherent, complex without being complicated, and comprehensive. Sweet piece of intellectual engineering.*

One of the greatest challenges we face in the business of social change, especially in the formal civil society sector, is disorganization when it comes to our tools of the trade. Lots of idealism and good will and even principled concern, too little grounded and dependable methodology. Not to mention the proliferation: one of the reasons I can't be bothered to join Big Donors and Big INGO is how every one has a unique system that you have to adapt to, for branding purposes. Whatever. I am a big believer in streamlining, like other professions do. Which is why I support the GoT in General Budget Support. You have to coral your development partners where you can see them to keep things sensible, lest they bog you down with fiddly reporting demands and other creative dithering.

Back to the issue of public accountability. We all like the idea, but the how-to bit can be rather elusive. There are a number of tools and concepts and initiatives and programs and frameworks etc. you name it that address the issue, but I have had trouble finding one with elegance in its favor. Elegance is essential, as Steve Jobs so handily demonstrated via Apple, because it drives uptake.

When it comes to accountability there is a temptation to slide into ultimately ineffectual rote activities. The machine of government is monstrously complex, which works in favor of inertia. We fall into patterns: vote, wonder why change doesn't happen overnight, grumble, call for revolutionary action, fall for whichever opposition party says what we want to hear, rinse, repeat. Maybe use community score cards, maybe adopt the Open Government Project, maybe try out a movement. And the core question never quite gets answered in a satisfactory manner: how does one translate ideas and ambitions into real outcomes on the ground?

I am not a big believer in two of the most popular methods of social change that have been kicked around Tanzania lately, for two reasons. Revolutions and benevolent autocracies undermine democratic practice, and they offer shallow and temporary solutions. Their benefits are easily reversed by the next group in power, inserting an element of instability and unpredictability in a political system.

Paul Kagame might be doing grand things for Rwanda, but what happens when he leaves? And when he leaves, is he really going to leave or is he going to "leave?" Is the Rwandese system robust enough to survive his departure and (perhaps) the emergence of competitive politics? Or will it turn into a succession system where Kagame kingmakes and wields power from the background like a Don? What about popular democracy in Egypt? What happened to their Spring? Is this what they had in mind, the political waltz with the now powerful Muslim Brotherhood? I am sure I don't have to run through the list of self-styled liberators and other African populists and their habit of declining into monstrosity.

So, what is the alternative? What miraculous 'third way' has the potential to liberate us from these available extremes? I believe it is active citizenship, at the individual and institutional level.

I am obsessed by the idea of devolving as much practical power as possible down to the individual. The vote is a limited  method of participation in governance, and the pitfalls of electoral representative democracy are well documented. But on the other side of those pitfalls lie a host of opportunities if only we exert ourselves beyond the symbolic and occasional practices of democracy and get our hands dirty.

It turns out that there are actually infinite opportunities for participation in governance, limited only by the resources that an individual or an institution can afford to dedicate. Seriously. I had no idea that the architecture of state is so permeable, but how many of us do? All this time I have been bogged down by the usual misinformation that its all about expertise and "leadership" and out of the reach of the average voter. In actuality, there are very few areas into which you cannot poke your nose if you've a mind to do so.

Since governance is also about negotiating the relationship between those tasked with governing and those forced to suffer them, it's in our best interest to show up. Is it easy to do? Not on your life. Is it grand fun and worthwhile? I would argue so. Now that I finally have an idea about how to show up in a more effective way, I suspect I am really going to become insufferably intense about motivating people to participate, participate, participate. Friends: consider this a warning. You will be lectured. And don't bother running away, I know where you live. :)

*So this course, Foundations in Social Accountability Methods, is pretty great and offered about three times a year. If you have the interest and a chance to attend, do so. Bongolanders: there's an in-country network and an adapted version of the course is offered in Kiswahili. I believe you can contact Policy Forum for more information.
Posted by Elsie Eyakuze- at 2:48 PM 4 comments: